Palacký University and the US Embassy launch American Center in Olomouc On 20 September, Palacký University opened the American Center Olomouc in its premises on Třída Svobody. The U.S. Embassy in the Czech Republic is co-sponsoring its establishment and operation. The American Center will serve students and the general public alike; its mission is to become a place for meeting, studying, and entertainment activities. Similar centres are being established in many places around the world; this is the sixth such centre in the Czech Republic and only the second to be established at a university.

“We greatly appreciate the opportunity to open the American Center in Olomouc, a city with such a rich historical, cultural, and academic tradition. It will serve as an open window to America – in addition to educational and entertainment activities, it will also become a platform for dialogue and exchange of ideas between Americans and Czechs. The centres are not only a testament to our friendship, but also places where common values such as freedom, democracy, and human rights are promoted,” said Christy Agor, Chargé d'Affaires of the US Embassy in the Czech Republic, at the opening ceremony. She also emphasised that support for Ukraine in its fight against Russian aggression is still very much needed.

At the ceremony, UP Rector Martin Procházka said that he considers the opening of the American Center at Palacký University Olomouc a superb achievement. “Our ambition is to maintain and develop our collaboration with universities in the USA, resulting in more opportunities for exchange stays of our students and teachers. We also want to develop joint study programmes that can mutually enrich both parties in the field of education,” he added.

The centre’s services are intended for university students as well as for high school and elementary school students and the general public. The first students and other visitors were able to see the centre during yesterday’s Open House Day. “The American Center will provide an opportunity for current and future university students to experience American culture and learn about opportunities to study overseas. Facilitating the teaching of English will also be an important part of the centre’s activities. Visitors will have access to educational literature and information resources, and the centre will also offer counselling for those interested in studying in the United States,” said Lukáš Merz, the centre’s coordinator.

The centre will also regularly host educational and cultural programmes, including thematic lectures, film screenings, and exhibitions. In October, talks with the Václav Havel Library director Michael Žantovský and with diplomat and educator Martin Palouš are planned. Both men have served as ambassadors of the Czech Republic to the United States. More information on the American Center Olomouc programme can be found at americancenter.upol.cz and Facebook; the centre is open every weekday except Monday. 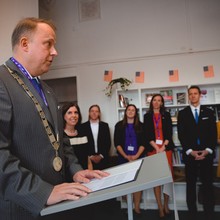 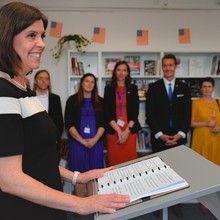 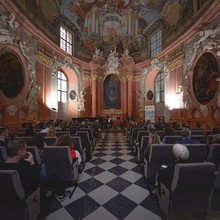 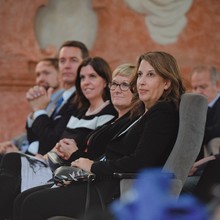 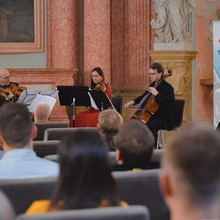 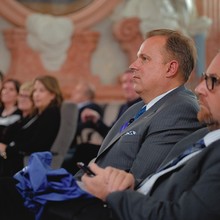