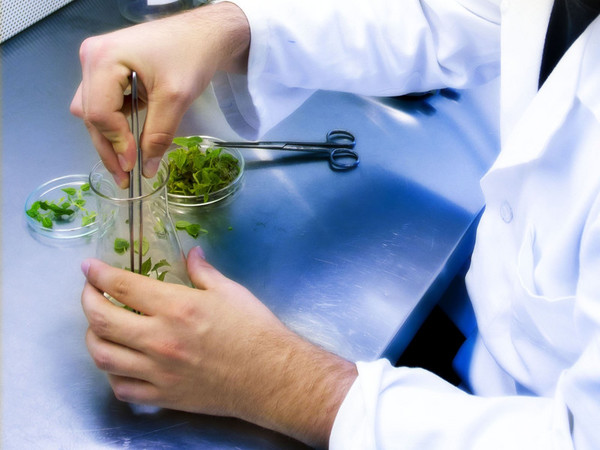 Scientists from the Centre of the Region Haná for Biotechnological and Agricultural Research (CRH) in Olomouc are contributing to the conservation of endangered species of medicinal plants in South Africa. Within the auspices of long-term cooperation with the Research Centre for Plant Growth and Development, University of KwaZulu-Natal in Pietermaritzburg, South Africa, Czech scientists have developed special derivatives of plant hormones that stimulate plant growth in sterile environments and support plant acclimatization both in greenhouses and outdoors. During fifteen years of fruitful collaboration, Czech researchers have significantly contributed to the rescue of at least ten species of endangered plants. A study which maps the latest result of the partnership was recently published in the journal Plant Growth Regulation.

South African researchers use a method of micropropagation in vitro to grow endangered plants. The method is normally applied in commercial companies for growing houseplants and orchids: a small part of the plant is removed – an explant. The whole plant can grow again under sterile conditions in vitro from this little explant. This process requires a special medium that contains plant hormones – especially cytokinins and auxins. These plant hormones stimulate cell division and scientists from Olomouc have been studying these interesting compounds for a number of years. Important research results related to these compounds have been applied in the Czech-South African cooperation. These new derivatives are of use when commonly used and commercially available plant growth regulators do not help.

"Thanks to many years of research and working together, we are able to prepare plant hormones tailored for specific plant species for our partners today. We have already identified potential problems, and we are able to identify the cause at the molecular level. Therefore, for certain types of plants, we develop targeted agents to prevent problems and appropriately stimulate plant growth," said the head of the Department of Chemical Biology and Genetics of CRH Karel Doležal.

Scientists must also ensure that the plant will be able to acclimate to a normal environment. "Acclimatization is one of the greatest problems when using this method of growing plants. Our derivatives can, in many cases, overcome these problems, because we are able to adjust compound properties precisely. Plants cloned from the explant and introduced back into the natural environment have absolutely the same genetic information as the original plant from which the explant was removed. This is another rule that must be respected," said Doležal.

Researchers also focus on saving medicinal plants. There is a huge demand for these medicinal plants and therefore many of them become endangered in the wild. Czech scientists collaborate with colleagues from the Research Center for Plant Growth and Development at the University of KwaZulu-Natal. Together they helped in the rescue of certain species of aloe, devil's claw, pelargonium and other important medicinal plants. Scientists from Olomouc have contributed to about ten South African patents.

"It's a great example of blending cutting-edge basic and applied research. Over time we arrived at the development of growth regulators tailored to overcome specific tissue-culture problems. Thanks to such plant growth regulators, we are currently ably to gain even more material for the basic research on endangered plants, so the research is even more systematic. We prepare exact molecules for our South African collaborators and conversely, we obtain specially prepared samples of plants, in which we analyze endogenous plant hormones," said Lucie Plíhalová of CRH.
Phytohormones, and particularly cytokinins have been studied by scientists from Olomouc for more than 20 years. Scientists are dealing with the possibilities of their application in medicine, cosmetics and agriculture. For this reason, the laboratory holds many national and international patents related to these compounds. The Centre of the Region Hana is a joint workplace of the Faculty of Science of Palacký University Olomouc, the Institute of Experimental Botany of the Academy of Sciences of the Czech Republic and the Czech Crop Research Institute.