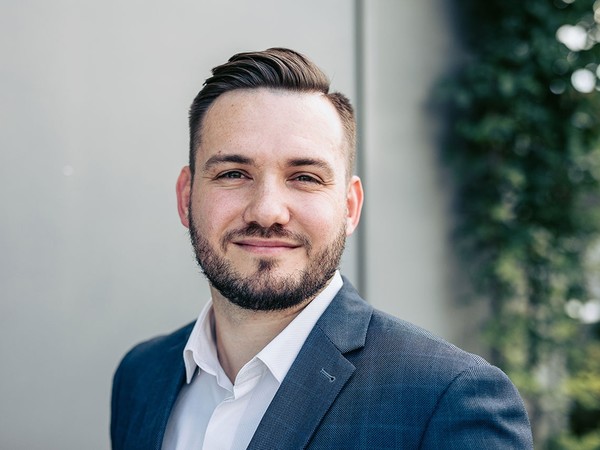 A project by a student of the UP Faculty of Science, Ondřej Kováč, who focussed his research on the first total synthesis of the antibiotic Kibdelomycin, could significantly help the development of a new type of effective antibiotic. This substance has an interesting broad-spectrum antibacterial activity and has a great chance to become the cornerstone of a new antibiotic, with the help of which doctors could better fight the growing resistance of life-threatening bacteria. Thanks to this project, Ondřej Kováč is one of the two recipients of a grant by the Experientia Foundation this year.

Lenka Štacková from Masaryk University in Brno also received the grant. Both students will join the club of 15 excellent young scientists under the age of 35 in the fields of organic, bioorganic, and medicinal chemistry, who, thanks to the foundation’s support, will go for a one-year stay at a top scientific institute.

“Total synthesis would help prepare Kibdelomycin and confirm its chemical structure. This could lead to the development of a new type of antibiotic based on Kibdelomycin and having interesting antibacterial properties. Of course, due to its very complex structure, the synthesis will certainly require more than a year’s work in the laboratory,” said Kováč, who studies organic chemistry at the Palacký University Faculty of Science.

According to Kováč, researchers believe that the substance Kibdelomycin is an inhibitor of DNA gyrase and bacterial topoisomerase IV, which are important enzymes necessary for DNA replication of bacterial cells. Reducing the activity of these two enzymes with Kibdelomycin would have a significant antibacterial effect.

Kováč will receive 950,000 CZK (€35,000) from the Experientia Foundation, thanks to which he will get a one-year internship at the University of Innsbruck, where he will continue working on the project dedicated to the total synthesis of the new antibiotic Kibdelomycin.

“I was very pleased to receive the grant – my dream come true. The Dvořák couple, who run the foundation, are amazing at what they do. They support young scientists in order to facilitate the beginning of their independent scientific careers and promote the good name of Czech chemistry,” said Kováč.

The Experientia Foundation was founded in 2013. By means of start-up grants, it supports young scientists in the fields of organic, bioorganic, and medicinal chemistry during research stays within the country and abroad. The foundation has so far supported 13 scientists at the start of their careers with the amount of €620,000.