Vojtech Regec is elected Dean of the UP Faculty of Education 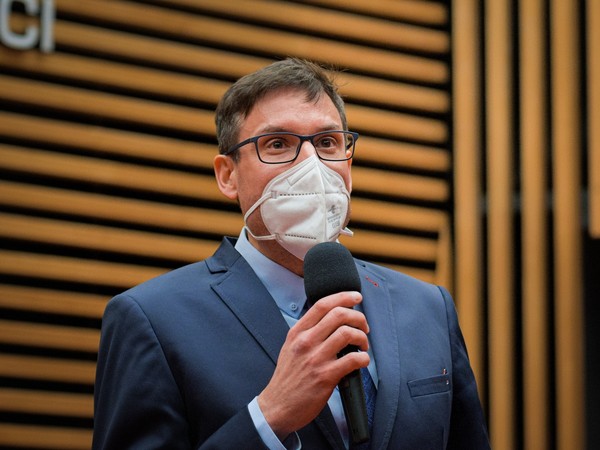 The Academic Senate of the Palacký University Olomouc Faculty of Education has decided that Vojtech Regec will lead the faculty in the 2022–2026 term.

Three candidates ran for the position of Dean of the UP Faculty of Education. In addition to the current Dean Libuše Ludíková, candidacy was accepted by Petra Šobáňová, Vice-Dean for Development and External Relations, and Vojtech Regec, Vice-Dean for Science, Research and Doctoral Studies and the Statutory Deputy Dean. In order to succeed in the election, the candidate needed to obtain a supermajority of votes of all senators. This was achieved in the first round of the secret ballot by Regec, for whom twelve senators cast their votes. Ludíková and Šobáňová received four votes each.

“Thank you very much for the trust you have placed in me. At the same time, I thank Libuše Ludíková, the current Dean of the faculty, who has been my supervisor and supported me all the time I have been in Olomouc. She is a prodigious personality who has been instrumental in bringing the faculty to where it is now. I would also like to thank Vice-Dean Petra Šobáňová, whom I respect as a person of great qualities. I suppose you might prefer a candidate who has traits of each of us. However, we do not live in an ideal world. We live in a world in which we have certain limits, and it is essential to acknowledge that. And to do everything so that our world is a better place to live,” said Regec. In his short speech, he thanked the Academic Senate of the UP Faculty of Education and all those who care about what happens at the faculty. “I look forward to our cooperation because cooperation is the main thing our faculty needs. To work towards a goal that will result in the further development of the faculty,” said the newly elected Dean, whose term of office runs from 1 February 2022 to 31 January 2026.

Regec is based at the Institute of Special Education Studies. He is involved in special propedeutics (teaching entry level studies), typhlopaedics (teaching the visually impaired), psychopaedics (teaching the mentally disturbed), and special education counselling. He is interested in the use of assistive technologies for people with disabilities. He is a member of several professional committees and the author of many publications. 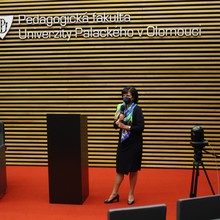 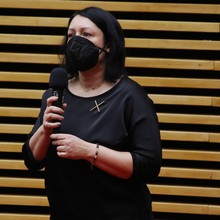 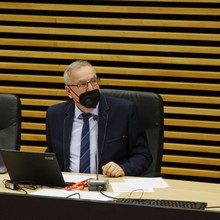 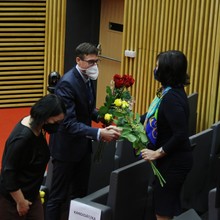