A final conference of the GloKnoCo Project took place in Brussels 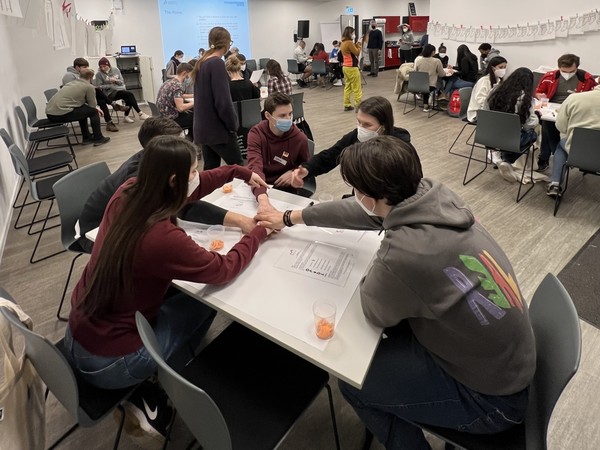 The three-year-long Erasmus+ project called Global Sport for Development and Peace Knowledge Collaborative (GloKnoCo for short), which has reached its climax last week, highlights the potential of using sport for peace and social and cultural development. In Brussels, where the final conference took place in the second half of May, the involved students visited organisations dealing with sport for development and presented the results of their work.

Palacký University has been collaborating on the project with the University of Brighton in the UK and Paderborn University in Germany. Many of the planned activities and meetings were held online due to the epidemic of Covid-19, but this year's spring school, organized by the German university, was held in person.

"It was a series of workshops and seminars during which students had the chance to try out a number of practical activities, including various disability sports such as sitting volleyball, wheelchair basketball and goalball. At the same time, the students became more familiar with the topic of sport for development and the use of the Theory of Change, which explains and graphically describes what an organisation's activities can lead to. For example, organising football tournaments for children can lead to children learning to live together and establishing new relationships, their parents can get to know each other and all this can lead to improving communication in the community. This is important for the organizations themselves in terms of evaluation, but also for their supporters who are interested in where the organization wants to go," explained Simona Šafaříková from the Department of Development and Environmental Studies at the Faculty of Science, UP.

The students, divided into international groups, then started working on the Theory of Change for a specific sports and development organisation. They presented the results in the form of a poster during their trip to Brussels. "In addition to gaining practical insight into the field of sport for development, the students gain a lot of experience, such as working in an international team whose members are basically from all over the world, communicating in English and having to organise their own work. At same time, they get to attend events where they have the opportunity to present their work to experts and representatives of the non-profit sector and answer their questions," added the project's principal investigator Arnošt Svoboda from the Department of Social Sciences in Kinanthropology at the Faculty of Physical Culture, UP.

Students from Olomouc who attended the spring school in Paderborn confirmed their teachers’ words. In their feedback, they said, among other things, that it was a meeting with inspiring people that showed them new perspective on sport and physical activity. According to the feedback, some of the students are now more confident in communicating and working with other people.

The May conference in Brussels, which brought together experts from universities in South Africa, Canada and Scotland, should have been the final event of the project. "However, we have applied for an extension of the project until November, because we would like to take the students on an excursion to Brighton, which could not take place due to the anti-epidemic measures and it would not make sense to organize it online," said Arnošt Svoboda, adding that the online activities carried out did not do the project any harm.

"It was different from what we planned. But the students who took part in the project showed us that they were really interested in the topic, and they also participated in the online events. Some of the changes were, for example, that we spread the planned activities of the intensive teaching week over a series of online events, and two of the project's conferences were also held online. This had its advantages, we and the students learned a lot of new things and, for example, the conferences were open to people from all continents who might not have come in person," he added.

With the end of the GloKnoCo project approaching, the investigators are also talking about continuing the collaboration. The follow-up project should involve more non-profit organizations and focus more on students' career paths.

Further information about the project is available here. 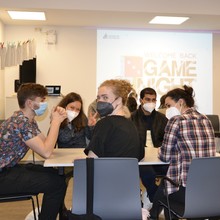 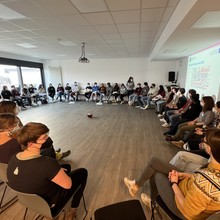