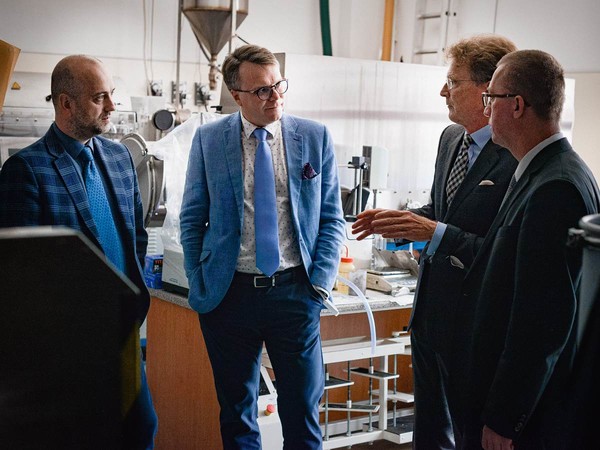 On Wednesday, the British Ambassador to the Czech Republic Nicholas Archer discussed the possibilities of cooperation between Olomouc and British researchers with the management of the Czech Institute of Research and Advanced Technologies – CATRIN at Palacký University. During his visit to the science centre, he also visited the laboratories and got acquainted with the main directions of research.

“I heard about the cutting-edge research of Palacký University and CATRIN. I came to see the reputation of this research center for myself  and I was looking forward to seeing the exceptional technologies in advanced materials and agricultural research. The main aim of the visit is to encourage further scientific collaboration between British researchers and scientists from Palacký University,” said the British Ambassador.

The Director of CATRIN Pavel Banáš and other members of the University’s management presented the research directions and some results of basic and applied research to the distinguished guest. “The ambassador was very interested in the transfer of knowledge into practice and also in some of our technologies, including the use of iron nanoparticles for environmental applications or the technology for lactoferrin separation,” said Banáš.

He described the discussion on cooperation opportunities with partners from the UK as a very important part of the meeting. “In this country, we have been cooperating rather randomly with individual colleagues. However, with the ambassador we discussed the possibilities of systemic and long-term cooperation, for example with one of the universities. Among other things, he was interested in how they could help establish or deepen such cooperation,” added the CATRIN director.

During his visit to Olomouc, Nicholas Archer also met with the Rector of Palacký University Martin Procházka. He then discussed technology development, science, research and politics with the Governor of the Olomouc Region, Josef Suchánek. 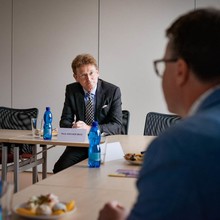 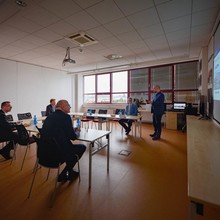 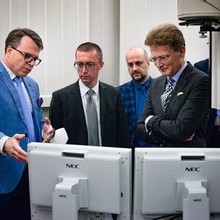