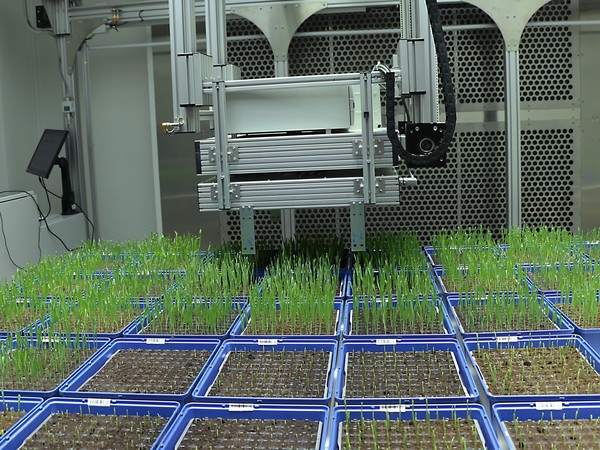 A memorandum to create a research infrastructure called the Czech Plant Phenotyping Network (CzPPN) has officially confirmed cooperation between Masaryk University, Palacký University and a Czech company Photon Systems Instruments (PSI) in this area. Rectors of both universities and the private company, which is a significant global producer of technologies for automated phenotyping, signed the Memorandum at the end of last year.

One of the objectives of the Memorandum is to intensify cooperation of the parties and to offer their technology and expertise to other applicants from the academic and commercial spheres and thus increase their competitiveness. Automated plant phenotyping is used to describe characteristics and properties of plants, depending on the environment, which is very important for finding new varieties of crops, development of protective and bio-stimulating products, technologies and agronomic procedures. The CzPPN intends to integrate more intensely into the ESFRI-EMPHASIS project, which brings together 23 European countries. Masaryk University is in the national platform represented by its Central European Institute of Technology (CEITEC), and Palacký University by its Centre of the Region Haná for Biotechnological and Agricultural Research (CRH), which is also the main coordinator of the cooperation.

“The Memorandum confirms a strategic link between two science centres linked to universities – CEITEC and CRH. At the same time, it declares cooperation with a commercial partner, so it’s important proof of the academic sphere working together with industry. Our goal is science with a great impact in practice. Within the platform, we want to show not only to academic institutes, but also to agrochemical and breeding companies, that there are top-notch workplaces in the Czech Republic that will enable them to move their research, development and products to the top level and strengthen their competitiveness. It is an opportunity to get state-of-the-art technology and cutting-edge expertise,” said Lukáš Spíchal of CRH, one of the main organisers of the cooperation and a Czech representative in the European Strategy Forum for Research Infrastructure ESFRI-EMPHASIS project.

One of the goals of the national platform is also to enter the Czech “map” of large research infrastructures administered by the Ministry of Education, Youth and Sports of the Czech Republic. The platform is open to other interested parties. The first meeting of the Czech Plant Phenotyping Network (CzPPN) was held in Olomouc in December 2017; the second was held in Brno a year later.

At CRH, researchers have been dealing with automated plant phenotyping since the establishment of the centre. They have at their disposal unique technology, and have been developing methods that are used within CRH team co-operation as well as internationally. Plant phenotyping is also a part of the “Plants as a means of sustainable global development” project within the “Excellence in Research” call of the Operational Programme “Science, Research and Education”.