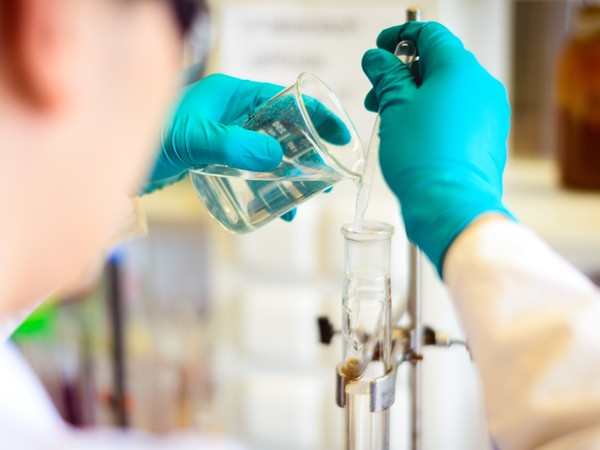 Expansion and deepening of multidisciplinary cooperation, basic and applied research of high quality as well as the search for new research directions that have a chance to succeed in international grant competitions and contribute to solving global problems. These are just some of the tasks of the Czech Advanced Technology and Research Institute (CATRIN), which will start operating at Palacký University Olomouc (UP) on 1 October.

“The prospect of the organisational integration of research centres at Palacký University is a substantial increase in interdisciplinary permeability and success among fierce international competition. It can be an important step towards building a strong and efficient research infrastructure in both the European and the global context,” said UP Rector Jaroslav Miller, commenting on the establishment of the university institute.

UP devoted two years to preparations. The preparatory process was completed by the approval of the CATRIN statute by the UP Academic Senate on June 17, 2020. CATRIN will connect the three existing scientific centres at UP – the Centre of the Region Haná for Biotechnological and Agricultural Research (CRH), the Regional Centre for Advanced Technologies and Materials (RCPTM), and the Institute of Molecular and Translational Medicine (IMTM) in cooperation with the Institute of Organic Chemistry and Biochemistry (IOCB) of the Czech Academy of Sciences and with the Olomouc University Hospital.

“Our cooperation during the coronavirus crisis has shown that we complement each other perfectly. We have already started several joint projects that build on these foundations. I look forward to further cooperation,” said IOCB Director Zdeněk Hostomský.

All partners associated with CATRIN were key institutes during the coronavirus crisis. They played an important role in testing for Covid-19, and a team led by Jan Konvalinka from IOCB in cooperation with other domestic institutes developed test kits independent of foreign sources, based on magnetic nanospheres for viral RNA isolation, developed at RCPTM.

“The emergence of new multidisciplinary institutes, operating across disciplines, departments, and faculties, is a modern answer to the further development of science. I congratulate Palacký University for taking this step,” said leading Czech biochemist Konvalinka, in acknowledgement of the establishment of the institute.

Even after two years of preparations and negotiations there was no complete agreement within the academic community on the form of integration of research capacities; the management of the UP Faculty of Science maintains a stance of disapproval. CATRIN’s founders, however, believe that the will for cooperation will overcome partial opposition and CATRIN will help Palacký University on its way to become a research institution in the European mould.

“I believe that the decision of the UP Academic Senate to establish this academic institute will start a new era for the university. The establishment of CATRIN must end internal disputes; the joint university research centre will become a stable scientific institute of excellence,” said Roman Havlík, the director of University Hospital Olomouc.

The institute has been explicitly supported, for example, by three laureates of the most prestigious domestic award for scientists, the Czech Mind Award – chemist Pavel Hobza, plant geneticist Jaroslav Doležel, and Egyptologist Miroslav Bárta. “The existing centres have already become the leading academic institutions in the Czech Republic that have international reputation. Their integration will create an institute of truly European dimensions with the ambition to become a counterweight to similar institutes abroad and thus fundamentally contribute to the competitiveness of Czech science on the global scale,” they stated recently in a joint memorandum.

Julius Lukeš from the Institute of Parasitology of the Biology Centre at the Czech Academy of Sciences perceives CATRIN as probably the most ambitious scientific institute in the Czech Republic. “As a director of another institute, I ought to be scared of such competition, but I am not. On the contrary, I am pleased with its creation, because I believe in its positive impact on Czech science as a whole. It is a proof that top science exists even outside the capital; such a decentralisation of science of such a strong calibre places the Czech Republic among the most developed countries,” believes Lukeš, a renowned parasitologist and the only living Czech who is a member of the American Association for the Advancement of Science (AAAS).

The integration of scientific capacities has long been supported also by the Czech Ministry of Education, Youth and Sports.