On the trail of UP’s insignia: From Olomouc to Innsbruck 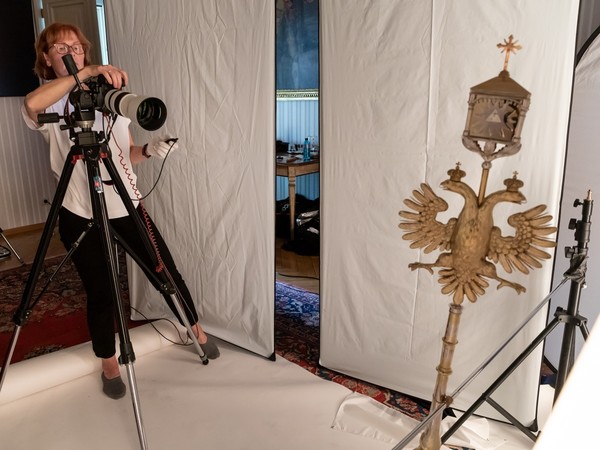 At first glance, mere glittery accessories of academic dignitaries at ceremonial acts. However the university insignia, all those maces, chains, seals, and stamps, are much bigger than that. They are a symbol of the continuity of higher education, its connection with the past and the present, just as they are a promise of the future. Their histories are often labyrinthine and the current search for their location resembles a detective story: The Case of the Palacký University Olomouc Insignia.

The second oldest university in the Czech lands will celebrate 450 years since its foundation next year. In its nearly half a millennium of existence, it has experienced ups and downs, moments of glory at its establishment in 1573, a heyday followed by disillusionment after its dissolution in 1860, and the joy of its reinstatement after WWII in 1946. And the insignia have been the silent witnesses accompanying the university throughout all those times. The anniversary is thus an ideal opportunity to document and present these badges of office to the public.

The UP Press has therefore decided to prepare a representative catalogue with photographs of all the maces and chains, from the oldest to the most current ones created gradually in the 20th century. However, the seemingly simple idea required complex international logistics – and a historical excursion. “One of the turning points in the history of our university is the year 1860, when it was abolished. Only the theological faculty remained of the Francis University, as it was called then. Although it retained the right of graduation and awarding advanced degrees, the valuable insignia – the rector’s golden chain, three maces, and several seals and stamps – had to be handed over to the Moravian governorate in Brno and were subsequently passed on to the Leopold-Francis University of Innsbruck for their use,” said Jiří Fiala, professor emeritus of the UP Faculty of Arts.

Olomouc’s original insignia still belong to the Austrian university and are still partly used by it. “We presented our project to our partners in Austria and asked them for cooperation. They agreed, so we travelled to Innsbruck in September, together with photographers Markéta Lehečková and Zdeněk Sodoma. However, we had limited time to work and had to bring the necessary equipment, set up an improvised studio in the provided premises, and create dozens of general and close-up shots within three days,” said UP Press director Aleš Prstek.

Until the last moment, neither he nor the photographers knew what they would be allowed to shoot. “We had no idea how many specimens actually survived in Innsbruck,” said Prstek, in a reference to the travails of Olomouc’s former university symbols. According to historical sources, in addition to the rector’s chain of the Francis University from 1833, which is now used by the Medical University of Innsbruck, there was also the rector’s mace of the Jesuit University of Olomouc from 1572 and the mace of the philosophical faculty of this university from 1589. These were known in advance to be on display in the rectorate in Innsbruck.

The former mace of the Faculty of Law of Francis University in Olomouc from 1833, previously hidden and rediscovered in 2013, was reportedly stored in the office of the Dean of the Faculty of Law. However, there was also a “provisional” mace, made in 1827 from ordinary sheet metal as a temporary replacement. This was also supposed to have been taken to Innsbruck after the dissolution of the University of Olomouc, but no further information about it was available. Eventually, it was found! Thomas Baumgartner, assistant to the rector of the University of Innsbruck, facilitated the search. “The partnership between our university and the University of Innsbruck ensured the smooth operation, and both parties will now have a set of high-quality photographs for future reference,” added Prstek.

The oldest insignia will appear not only in the catalogue, but also in an exhibition on the history of the Jesuit University of Olomouc, which is being prepared by the Regional Museum in Olomouc for 2023.

Palacký University Olomouc will celebrate 450 years of existence in 2023. Its history will also be commemorated in a new updated and expanded edition of the book University of Olomouc 1573–2023, published in several languages as a representative gift for foreign visitors. The UP Press is also preparing other titles for publication to mark the anniversary, such as a brochure dedicated to the Baroque frescoes in the Rector’s Office halls, commemorative prints of the founding documents, graphic reproductions for collectors, and new volumes in the edition of historical university registers. 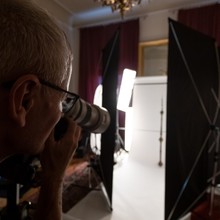 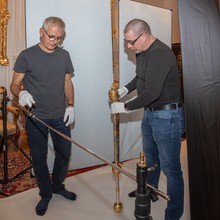 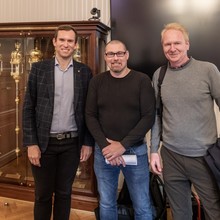