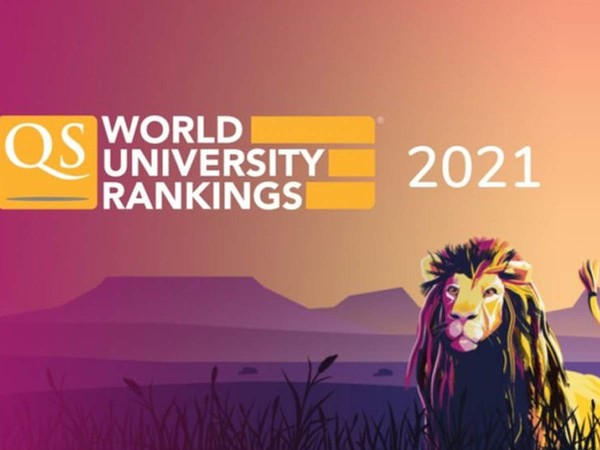 “It is gratifying that Palacký University has once again strengthened its position in this eminent international ranking. These results, for which I would like to thank all our employees, increase the international prestige of our university as well as allow us to better assess our own dynamics of development compared to universities in the global context, which is absolutely vital for further development of the university,” said Rector Jaroslav Miller, commenting on the results of the evaluation.

While two years ago the Czech Republic had five representatives in the rankings, in this year’s edition there are twice as many. Palacký University Olomouc has been included in the rankings for the fifth time. While in the 2018 edition it was at 701st–750th position, UP has gradually improved its position to this year’s 591st–600th position. In domestic comparisons, UP is ranked fifth after Charles University, the University of Chemistry and Technology Prague, Czech Technical University in Prague, and Masaryk University in Brno.

“When evaluating the quality of a university, it is necessary to assess its activities not only from an internal perspective, but also whether it is able to withstand even in external competition. Therefore, international rankings, irrespective of differing views on their methodology, are so far the only available way to compare the quality of schools in the global context. This comparison also helps us identify our weaknesses or risk areas that we can focus on. What is also important is that due to regular evaluation and the relatively stable methodological approach, we can work with the comparison of results over time and detect potential risk areas in a timely manner,” added Hana Marešová, Vice-Rector for Strategic Planning and Quality.

QS World University Rankings, together with the Shanghai Rankings and THE World University Rankings, is one of the “Big Three” in the area of analytical assessment of universities. The methodology of evaluation of individual universities in the QS Rankings is based on six areas of evaluation. The largest part, making up 50 percent, is the assessment of reputation among academics and employers of graduates. Twenty percent of the evaluation is based on the student-to-faculty ratio and the number of citations. Five percent of the evaluation is the international faculty ratio and another five percent is the international student ratio. Palacký University is number one in the Czech Republic in the international faculty ratio. Compared to the previous year, UP has also improved its score in its number of citations, the student-to-faculty ratio, and its reputation among employers.

Second in CWUR among Czech schools

Palacký University took second place after Charles University in the national comparison in the THE Center for World University Rankings (CWUR), maintaining its position from the previous year in the overall ranking in 573rd place (572nd last year). Among 20,000 universities worldwide, UP is among the top 2.9 percent. The Czech Republic is represented in the rankings by 12 universities, but only four reached the TOP 1000. In addition to the two oldest Czech universities, these were Masaryk University and the Czech Technical University.

The evaluation methodology has been modified since 2019/2020 so that the same emphasis is placed on research and the educational environment. UP improved year-on-year in the area of research performance from the 540th position in the previous year to this year’s 535th place.

Recently, a comparison of world universities was also brought out by U-Multirank, which includes 1759 universities from 92 countries this year, including 15 Czech universities. This is not a typical ranking, however; universities are compared according to selected parameters. In addition to five basic categories (teaching, research, knowledge transfer, internationalisation, and regional involvement) and their 36 subcategories, in which individual institutions obtain grades A–E, universities are also classified by countries, disciplines, and general characteristics. Palacký University received the highest A grade five times: twice in research, twice in knowledge transfer and once in internationalisation. In nine areas, UP held the first or shared first place in the Czech Republic.