Paper on microscopic study of living plants is a bestseller 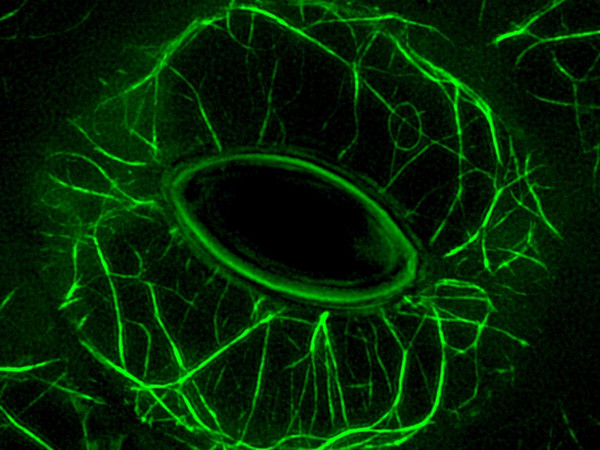 A paper by researchers from the Department of Cell Biology of the Centre of the Region Haná for Biotechnological and Agricultural Research (CRH), printed last year in the prestigious journal Plant Physiology, was the third most-followed publication in 2018 in that journal.

Interest has been shown not only on the journal’s website, but also on scientific blogs, social networks, and on Wikipedia, as the Olomouc authors have been informed by the American Society of Plant Biologists, who, in addition to Plant Physiology, also publish the journal The Plant Cell. The article, called “Advances in Imaging Plant Cell Dynamics” was written by Georgios Komis, Dominik Novák, Miroslav Ovečka and Olga and Jozef Šamaj. They prepared a summary of how and by which advanced microscopic methods the various components of the living plant cell can be examined.

“The paper was initiated on the invitation of the journal’s editor, who, together with colleagues, created a special edition dedicated to the dynamics of plant cells. He was very interested in including our findings, which are on the borderline of an overview article and an experimental study. There is a lot of information and visual documentation that we have never published before. Above all, however, we show the extremely varied use of the microscopic methods with which we work and their application, not only in the investigation of cytoskeleton and mitogen-activated protein kinases, but also on other organelles and plant cell compartments and their dynamics,” said Jozef Šamaj, head of the department.

A large part is devoted to super-resolution microscopy and its comprehensive overview, while another part is focused on light-sheet fluorescence microscopy. Also included in the article are the results of plant cell imaging that were generated during stays at partner institutes abroad by Komis, who was able to use types of microscopy not available in Olomouc.

“Again, we have moved forward in the exploration of plant cells. We have put on stronger glasses and we can see into the cells deeper and in greater detail. We are able to do things that researchers elsewhere so far cannot do,” added Šamaj.

Obviously also these facts have contributed to the high viewership of the paper. “We are pleased that the article has such a response with the public. Because there is no universal microscopic method yet, we investigate which of the methods might be best for a particular use. We try to optimize microscopic methods, so we need to test them all and see how they work in studying living plant cells at the subcellular level. We are also proud of the fact that we have for the first time shown the use of our methods for yeast in addition to plant cells,” said Komis.

The year 2018 was a very successful one for the department. The results of their long-term research have been printed by the most prestigious journal in the field of plant science, Annual Review of Plant Biology. Another significant achievement was an article in Nature Plants.

CRH brings together scientific teams of the Faculty of Science of Palacký University, the Institute of Experimental Botany of the Czech Academy of Sciences, and the Crop Research Institute.