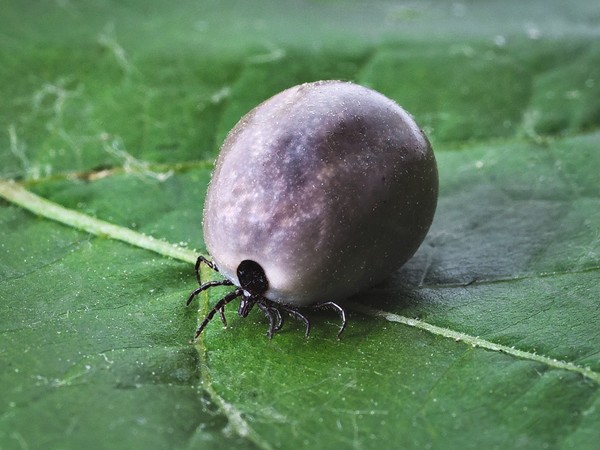 A discovery made by a team of scientists from the UP Faculty of Science and the Faculty of Veterinary Hygiene and Ecology at the University of Veterinary and Pharmaceutical Sciences, Brno (UVPS) could significantly contribute in the future to early warning of the population in locations with an increased risk of Lyme disease and tick-borne encephalitis. They have proved a link between the intensity of incidence of these dangerous infectious diseases and the overpopulation of voles.

Rodents are the main hosts of the larvae and nymphs of ticks which then attack larger mammals, including humans. An article describing the research results was published in the prestigious international journal Emerging Infectious Diseases.

The risk of tick-borne diseases in Europe can be predicted from the number of these small rodents one year in advance. “In this work, we show that the years with increased risk of Lyme disease and tick-borne encephalitis can be easily predicted from the population of the common vole in the previous year. With the help of data on the population numbers of the common vole in the Czech Republic, we have successfully predicted the occurrence of diseases not only in the Czech Republic, but also in Germany, Austria, and Slovenia,” said Emil Tkadlec, Head of the Department of Ecology and Environmental Sciences at the UP Faculty of Science, when commenting upon the results of the three-year research.

The researchers observed the population numbers of the most abundant rodent in Czechia, the common vole (Microtus arvalis), which regularly overpopulates in two- to four-year intervals. For example, this year the vole has overpopulated in Moravia. “By the method of time series analysis, we have shown that the fluctuations in the incidence of both tick-borne diseases are strongly dependent on the cyclical fluctuations in the population numbers of the common vole. The forecast was further improved by the addition of climatic effects,” said Tomáš Václavík from the Department of Ecology and the Environmental Sciences of the same faculty.

Scientists are thus positive that the high numbers of field voles and other rodent populations result in better survival of larvae as well as in a higher number of infectious tick nymphs in the following year. “In the outbreak, the greater number of nymphs will then infect more people than usual,” Tkadlec pointed out.

Models based on the correlations between vole and tick populations that predict the risk of Lyme disease and tick-borne encephalitis are very simple. The necessary data can be easily retrieved from public databases. “This model can therefore be applied immediately. This opens up the possibility of a general prediction of the risk of infection with other tick-borne diseases which have serious impacts not only on human health, but also on animal health,” said Pavel Široký from UVPS Brno.

The incidence of both diseases in different years varies considerably, and scientists around the world have been striving for decades to find the cause of this year-by-year variability. Researchers have therefore focussed on the ecology of the major vector of the disease, the castor bean tick, which is the carrier of these pathogens.

An American group led by Prof Richard Ostfeld has made the greatest progress in Lyme disease research. They have shown that the causal chain begins with a year rich in seeds yield, which in the following year leads to an increase in the population of small rodents who are the main hosts of the larval stages of the tick. The subsequent year, due to their better survival, there is an increase in the number of infected nymphs that attack medium-sized mammals including humans. “Small rodents are the key hosts for tick larvae; at the same time, they are reservoir animals that store both Lyme disease spirochetes and the tick-borne encephalitis virus in natural outbreaks,” concluded Široký.