Student Lukáš Mada thinks so much of others, he won the Křesadlo award 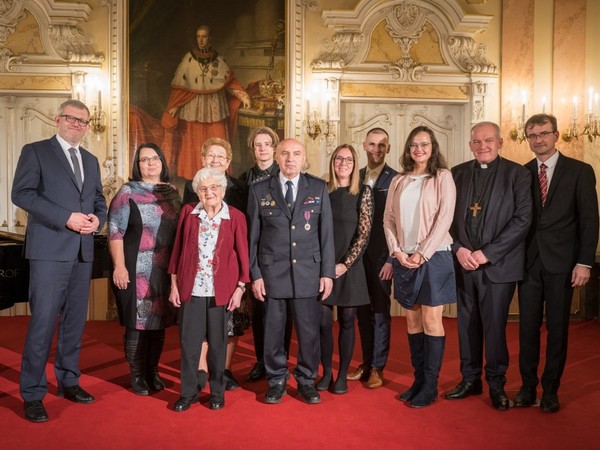 Lukáš Mada, a student of the UP Faculty of Science, was among the eight awarded volunteers who received the 2022 Křesadlo award at the Archbishop’s Palace in Olomouc. The award from the non-profit organization Malteser International is a symbolic thank you to those who selflessly and devotedly help others.

Lukáš Mada studies Experimental Biology at the Faculty of Science. He also concurrently studies Biology Pedagogy as part of lifelong education studies, and Public Economics and Administration at a distance learning programme at VSB - Technical University of Ostrava. If that were not enough, he works at the Fort Science as a coordinator of popularization programmes.

“I have been volunteering since I started studying at the Faculty of Science. In my first year, I felt a certain emptiness in my free time. There was room for its meaningful use, which is why I found the Olomouc Volunteer Centre JIKA. It’s run by two amazing people I know personally. It has a very friendly family atmosphere,” said the award-winning student.

Among other things, Mada works with seniors from the Protected Housing Service in Zikova Street, with children in the Klokánek (Little Kangaroo) project at homes for women and mothers in Holečkova and Sokolská Streets, he tutors children from disadvantaged families, and spends time at the after-school club at the school for children with hearing disabilities on Kosmonautů Street. “In my life I was very lucky to have been born into the family I was. That I had the background I had. All that shapes one’s personality. I was allowed to develop and be inspired by the people around me, by my whole family. When you see their willingness to invest their free time in us, then you feel a certain debt to society as a whole. That’s the only way to pay it forward,” added Mada.

The Experimental Biology student was awarded a special scholarship by the Dean of the Faculty of Science Martin Kubala. You can listen to an interview in Czech with Lukáš Mada as part of the UP FS podcast on Spotify.