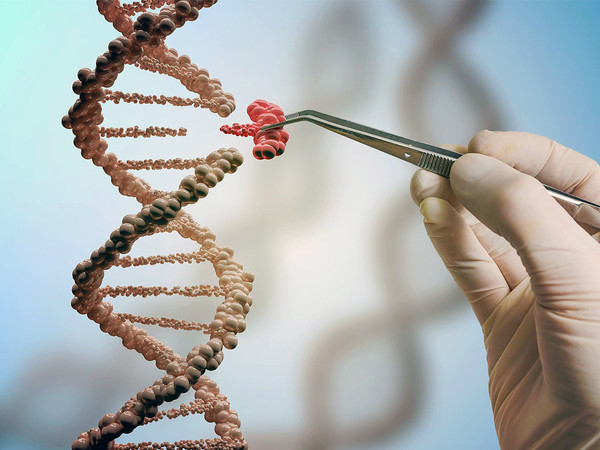 Why is there a need to change European legislation on GMOs? How do severe restrictions on genome editing of economically important crops affect the European economy? These questions are among others answered in the first article of the new EFB Bioeconomy Journal, founded in collaboration with Elsevier by the European Biotechnology Federation (EFB).

“The main mission of the article was to point out to the obsolescence of the European legislation of 2001 in the field of new breeding technologies, which limits the development of applied research using these technologies and their application in practice across the EU. New techniques, in particular genome editing, make it possible to make small changes in the DNA sequence that in the wilderness occur spontaneously in a targeted and gentle manner, thus creating new crop varieties with better characteristics, such as higher yields, resistance to pests and climate change, and higher content of substances beneficial for health,” said Ivo Frébort from the Czech Institute of Research and Advanced Technologies (CATRIN) of Palacký University, who is also the vice-president of EFB. EFB President Jeff Cole and another EFB representative, Carsten Hjort from Novozymes, also contributed to the article.

What matters is the product, not the process

According to the authors, the ruling of the European Court of Justice of 35 July 2018 interprets the current legislation in a way that all organisms prepared by modern genome editing procedures fall into the category of GMOs, and are therefore subject to very strict regulation. “At the same time, however, the European Court of Justice has stated that aggressive techniques of chemical and radiation mutagenesis, which produce completely random and uncontrollable changes in genetic information in the organism, are safe due to their long history of use. EU legislation therefore regulates products on the basis of the process by which they were created, not the products themselves,” Frébort explained.

Conversely, in a number of other countries that have been able to operatively adapt their legislation (USA, Canada, Argentina, Brazil, Chile, Japan, Israel, Australia – and after leaving the EU, changes are planned in the United Kingdom), restrictions on genome editing are purposefully set for a specific type of genetic change in the organism. It is therefore about the regulation of the product that is released into the environment and launched onto the market, not about the process used for its creation.

Large companies outside the EU benefit from European restrictions

The current situation leads to a loss of competitiveness of EU countries in breeding new crops. Consequences must be taken into account not only in agriculture, but also in other areas of the economy. Last but not least, scientists fear a “brain drain” in related disciplines.

“The European Union will be more dependent on imports of products developed and manufactured outside the EU, which will have a negative impact on the economy as well as the environment,” the authors of the article appeal. According to them, the effects will be felt, for example, by smaller and local producers, who will not be able to face competition from large companies. European agriculture without the possibility of growing crops using modern breeding methods will not be able to reduce the consumption of water, fertilisers, or pesticides and herbicides. Failure to develop pathogen-resistant varieties can lead to reduced biodiversity.

The current situation is at odds with the principles of bioeconomy, or circular economy, which is based on the use of renewable biological resources and the conversion of these resources, including waste, into value-added products such as food, feed, biological products, and energy. All of this using environmentally-friendly methods, without further burdening the environment and disturbing biodiversity. Bioeconomy is one of the clusters supported within the Horizon Europe programme.

Due to the use of a wide range of biotechnological processes in the bioeconomy, EFB has established a new journal that will focus attention on this area.