THE World University Rankings: UP among the top 3 Czech universities 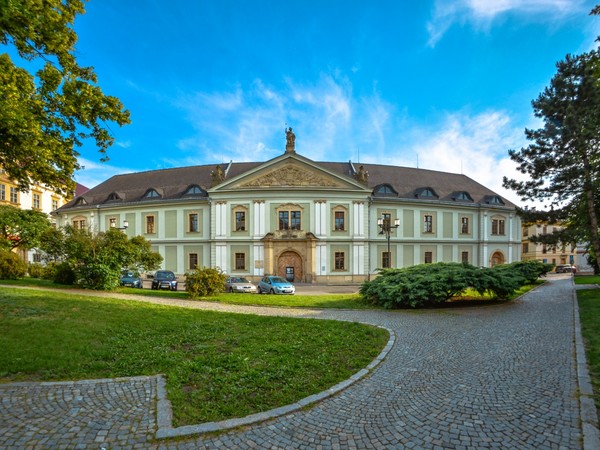 Palacký University Olomouc has defended its position in the prestigious Times Higher Education THE World University Rankings. In the latest rankings for 2019, UP kept the same position as in the previous two years, placing in the category between 601st and 800th positions. Masaryk University in Brno also placed in this category, which is however a step down compared to last year. Only Charles University in Prague bettered its score among Czech universities (401st to 500th positions).

Olomouc’s university has strengthened its position in the Czech academic ring: among the top five Czech universities, only UP and Charles University were able to keep their previous year’s positions in the rankings. Masaryk University dropped from between 501st and 600th place to between 601st and 800th place, while the University of Chemistry and Technology and the Czech Technical University in Prague fell some 200 positions down.

“I am immensely pleased that international rankings confirm that Palacký University has moved in the right direction. The fact that UP ranks among the three elite universities in the Czech Republic means an obligation, and my thanks go to all employees and students,” said UP Rector Jaroslav Miller in his commentary to the published results. He also added that he would like to move UP even higher: “Our ambition must aim much higher, since we need a higher competitive ability in relation to the world’s leading universities. I claim with full responsibility that in order to reach this goal we will need to make inner reforms which may not always be pleasant and which necessarily require a certain magnanimity and willingness for consensus from all involved parties.”

THE World University Rankings monitor indicators grouped under five categories: International Mix, Citations, Teaching, Research, and Industry Income. UP scored highest out of these in International Mix, at 395st place, with 57.1 points, which is a mere 0.3 of a point less than Charles University in Prague.

“The assessment of universities in the international rankings by Times Higher Education is one of the most respected ones on the global scale, so we appreciate our repeated placement here in particular. The results are also a valuable feedback in terms of how to seek opportunities for betterment and further quality improvement of the main activities at UP,” said Hana Marešová, Vice-Rector for Strategic Planning and Quality at UP, regarding the results. “Positive trends at UP include the results in International Mix and Industry Income, where we have achieved similar or, in case of industry collaboration, even better results than the highest Czech achiever, Charles University. Comparing our results with other universities, we may draw inspiration from examples of good practice and transfer the best experience in order to make UP an even more attractive place for study for both Czech and foreign students,” she added.

The ranking, one of the three most highly recognised global university rankings, has been published since 2010 by Britain’s Times Higher Education. Czechia has fourteen representatives in the top 1000 schools, while for example Slovakia has three and Poland twelve. First place is again held by the University of Oxford, followed by the University of Cambridge. More detailed information is available here.