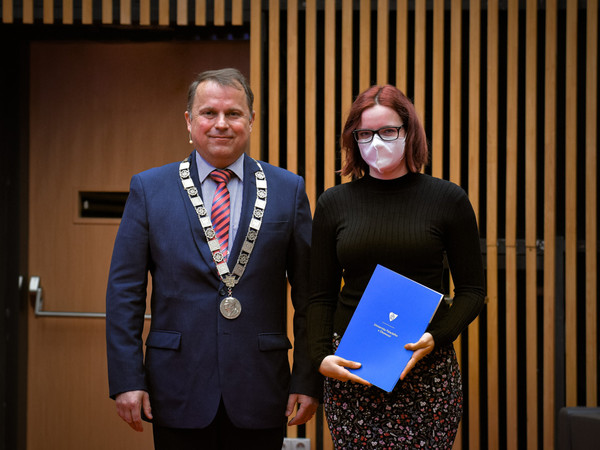 A total of 79 awards for academic works, science publications, and sporting achievements were granted by UP Rector Martin Procházka at a ceremony held on Tuesday 15 February in the auditorium of the UP Faculty of Education. This announcement of student awards and honourable mentions for the authors of monographs for the past year is one of the traditional parts of the UP Academic Week programme.

Students from six faculties of Palacký University Olomouc entered their Bachelor and Master theses as well as academic texts. Among the 16 prize winners prevail students of the UP Faculty of Arts and the UP Faculty of Health Sciences. One of the winners, Gabriela Pačková from the UP Faculty of Science, was awarded for her work “Fossil record of the family Elateridae (Coleoptera: Elateroidea)”. “I appreciate this prize a lot because there was a lot of effort behind the work. I’m glad I could make my whole family happy with this achievement, and I thank them very much for supporting me in my studies," she said.

In addition to awarding best academic works by students, the Rector’s Awards were also presented to the best student athletes. The committee selected 7 awardees. The most successful sports disciplines were archery and swimming. Jakub Jurka was awarded for his participation in the Tokyo Olympics in fencing. “To qualify for the Olympic games in this discipline is like winning a medal. I was the youngest participant there, and it was an incredible experience. The Rector’s Award made me really happy; I also really appreciate the support I get from the faculty," said the student of the UP Faculty of Physical Education.

According to Rector Procházka, the results of the student competition confirm the high degree of creativity, expertise, and competitiveness among the students. “I am pleased that Palacký University student theses are of very high quality and often have practical use. It is also pleasing to see that our students are successful in sports, even on the international level. I thank all those involved for their great work and performances,” said the UP rector.

Honourable mentions for professional publications published in 2020 and 2021 were awarded to 56 academic authors for 53 publications. They dealt with medical, theological, philosophical, psychological, historical, and artistic topics. Among the awarded titles, those in the humanities and social sciences dominated.

To mention at least one laureate, Associate Professor Kamil Kopecký from the UP Faculty of Education was awarded for his monograph Risky Communication and Acquaintance of Czech Children in Cyberspace, which draws attention to risky online behaviour such as meeting strangers. “I truly appreciate the Rector’s recognition. It certainly motivates one for further scientific work,” he said.

Rector’s awards and honourable mentions are meant to raise the prestige of scientific work at Palacký University Olomouc. According to Rector Procházka, the publications by members of the academic community show the extent of research at UP faculties and other institutions. Last year, 27 student scientific and artistic works, 7 athletes, and 48 authors of the 41 best scientific/academic publications were awarded. A list of all the current awardees can be found here; more about the UP Academic Week is here. 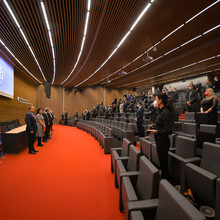 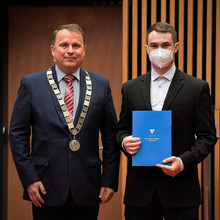 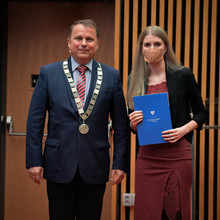 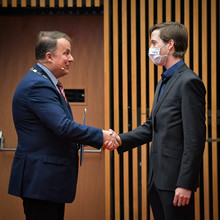 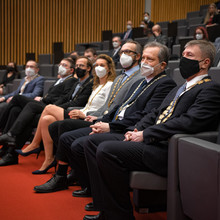 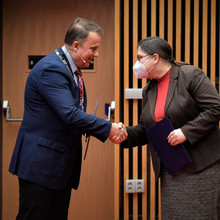 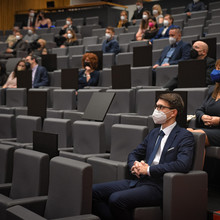