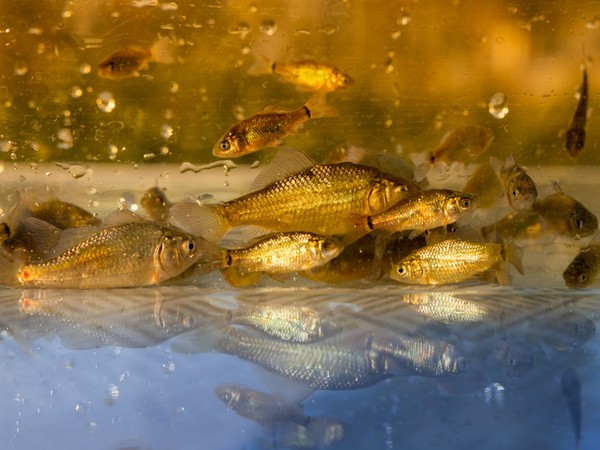 Over forty new-generation crucian carps were caught by the students of the Master's programme Hydrobiology from the fishpond at the Palacký University Faculty of Science in Olomouc-Holice. The harvested fish were transferred to a newly-built pond near the village of Daskabát.

“The fish were in very good condition and it was clear that they are not suffering in our rescue breeding. Their length ranged from 25 to 70 mm, which suggests that their parents have already spawned at least twice. We caught the fish using catch-and-release bait traps, into which stale bread was placed,” said Jan Augustynek, a Hydrobiology student.

The crucian carp is one of the most endangered fish species in Czech waters. Olomouc scientists therefore focused on its rescue within the ‘Save the crucian carp!’ project, in which, in addition to the university, the Biology Centre of the Czech Academy of Sciences also participates. “At the beginning of May, we stocked fifty young individuals in the naturally-fed fishpond at the Faculty of Science. It is clear from the autumn catch that we have prepared an environment in which the fish thrive. We firmly believe that the population of crucian carp, which we caught and transported to a pond near Daskabát, will do just as well as in our pond,” added Augustynek.

The aim of the ‘Save the crucian carp!’ project is to map the decline of the crucian carp, identify suitable relict populations for use in its return to the landscape and find sites for its reintroduction. More information is available at www.zachrankarase.cz (in Czech). The local genetically-pure crucian carp line for the fishpond in Olomouc-Holice was provided by the project ambassador, Zdeněk Suchý of Olomouc, and Jan Augustynek. 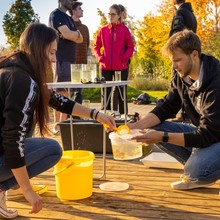