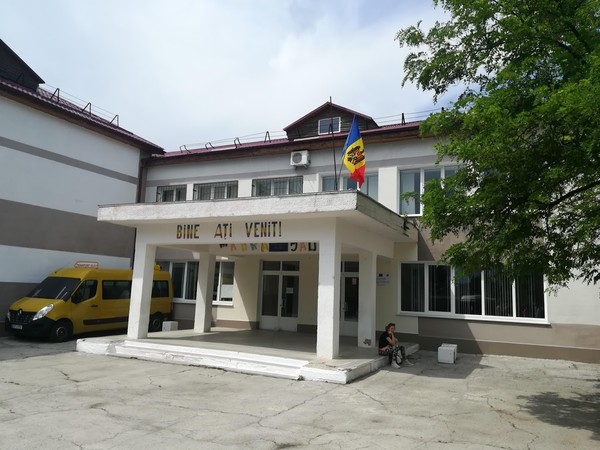 Located in Eastern Europe between Romania and Ukraine, Moldova is a small country (33,851 km2) with a population of nearly 3.5 million. Moldova also receives the largest amount of development aid in Europe. A group of Palacký University students went to several Moldovan cities and villages to see what the future has in store for people in Moldova. Here are few stories from Tohatin, Balti and Chisinau.

This summer, a group of Palacký University students from the Department of Development and Environmental Studies had the opportunity to travel to Moldova. Their goal was to see what types of development cooperation projects were working in Moldova, and to have first-hand experience discussing the challenges, issues and needs with governmental organizations, non-governmental organizations (NGOs), and private companies which are providing development assistance in Moldova.

When Moldovans feel free to leave

One of the first impressionable visits was to the European Delegation to Moldova. Ambassador Peter Michalko took time out of his busy day to talk to us about the current turbulent political situation (anti-government strikes in the streets of Chisinau) and the goals the EU delegation has in Moldova. The Ambassador explained that development in Moldova is not only about social and economic development. It is also about people’s quality of life, and the limits imposed on one’s life.

We heard an interesting saying: “If you don’t have justice, do not feel free and equal, then you feel free to leave” – which explains the high rate of Moldovan citizens living outside of Moldova in order to make a better life for themselves. The future of Moldova depends on sustainable development, but right now the state of Moldova is still going in circles, falling backwards, in stagnation.

The state is not serving its citizens, it is not efficient, and corruption is still prominent. The EU would like to see Moldova prosper, its citizens make a stable living and become more like the EU. According to the EU delegation, one of the biggest problems the Moldovan government has is the implementation of laws and the rule of law.

Loneliness: A big problem in Moldova

One example of Czech NGOs working in Moldova is Caritas Czechia, with its focus on developing social projects. One of their successful development cooperation projects has been in home care. This service is provided to elderly and disabled people who lack such care. According to the employees of Caritas, loneliness is a big problem in Moldova. Funding provided by a Czech development agency to start Caritas’s home care service facilities in Chisinau and in Balti provides rehabilitation, bathing assistance, laundry facilities, and a way for lonely people to connect to other human beings.

The facilities (visited by Palacký University students as a part of their field trip to Moldova) were staffed by warm and friendly providers who truly love making a difference in these people's lives.

After the project is funded and running for a limited time (two years or so) the project will be handed over to the Moldovan government. The big question is whether the government will fund it, and if so, for how long? The employees from one of the centres which is now funded by the Moldovan government said they could no longer offer coffee, tea or snacks to their clients due to the lack of funds given to them by the government. With an uncertain future, the home care facilities are doing their best, serving their patients with kindness, love, and a passion for caring.

One common theme that kept popping up as Palacký students were visiting local people, local initiatives, and projects, was that Moldova is lacking good management, and sustainable development starts with building trust. According to environmental consultant Andrei Isac, “Only about 7% of people in Moldova trust the government, whereas 30% trust NGOs. Moldovan people rely on themselves and don't trust others.” A sad reality.

The village of Tohatin was in desperate need for a new roof for the local school. The village council applied for €150,000 in aid. The money came with a catch: according to the terms of aid the village received for the project they had to participate in funding the new roof at the municipal level and also on the community level. The village council came up with €15,000 from the village budget. The difficult part was getting the €1,500 from the community to get the funding for the roof. The city council went door-to-door asking for donations, as little as one euro. They were basically begging people to donate in order to get a new school roof. Once they finally had all the money the school roof was built.

Transparency between the community and local government

Today the village of Tohatin is proud of the school and the fact that they helped contribute to make a difference in their community. The local councilman who showed our group this roof excitedly told us: “Everyone in the village shows visitors the roof and they have pride that they contributed to it.” This project has helped build trust in the community and has shown the citizens that the local government wants to be responsible and take care of the community, but it takes everyone to work together. The work within the village is something between community development and community organizing.

The next time the village receives a grant with stipulations that the citizens have to contribute to the project they will be more willing, because they have seen the results with the school roof project.

These little steps are needed to build trust and transparency between the community and the local government. Perhaps this example will spread to the next village, and then on to the next, bringing more trust and confidence to the people of Moldova. By witnessing positive social change and taking action on it.

Let’s hope that with small steps of success the people of Moldova will begin to see real change for the better. From the passion the home care employees pass on to their ageing clients in Balti or Chisinau to the new roof on the school in Tohatin village, may these examples serve as a beacon of hope for a brighter future for Moldova. Palacký University students have already seen the light some of them have brought in practice.

Note: The article and the entire field trip are part of the DevEd project ‘Development Cooperation First Hand’, supported by the Czech Development Agency (ČRA).