I still believe we can come to an agreement: UP Rector Martin Procházka on his Academic Senate proposal 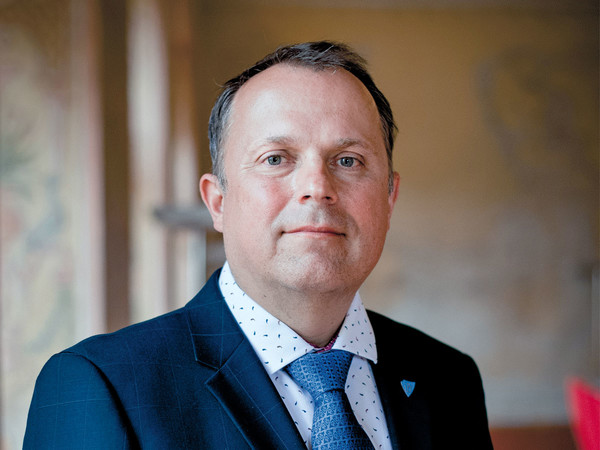 I’m turning to you regarding the upcoming meeting of our university’s Academic Senate, scheduled for 21 September, at which I will submit a proposal for a decision regarding the administration and use of moveable and immoveable property in conjunction with running the CATRIN university institute. I am convinced that we can reach a partial agreement on disputes regarding the use of said properties.

The goal of the proposal is to resolve the current unsatisfactory situation and establish rules for the use of assets and property in the future, and thus to practically fulfil a previous decision of the UP Academic Senate. It is also essential to determine responsibility for the use of university property and at the same time rules for its economic use – for the benefit of employees and students alike.

All of us certainly have the feeling that the atmosphere accompanying the development over the past few years at our university is one which is rather uncertain, and today’s economy and energy situation only exacerbates that feeling. I, myself, have the impression that parties at the university are spreading information which evokes the perception that I am not doing my part to preserve academic rights and freedoms, that I am not making possible the proper functioning of teaching, that I am ignoring students’ interests, that I do not respect others’ opinions, nor am I doing my part to strengthen trust within our academic community.

This is not the case. I have been trying to rectify the disputes between the Faculty of Science and the CATRIN university institute ever since the problems were first raised. I am proposing an amicable path toward a solution, working so that they can improve both work and interpersonal relations at our university.

Allow me to remind you that as Dean of the Faculty of Health Sciences I was a member of the work group to formulate agreements for the CATRIN university institute. At the end of 2020, we, all the deans at that time, concluded the year with the wish that the new year would bring successfully expanding faculties and a working university institute. This, for a number or reasons – including certain steps of an uncompromising nature – has not yet taken place.

And now we find ourselves in a situation where several colleagues are refusing further attempts at an agreement, and even asking for the dissolution of the university institute. I however believed, and continue to believe, that an agreement is still possible. This is why I do not see any other possibility than submitting this proposal, as a basis to accomplishing necessary agreements. I am submitting this proposal for an agreement to be ratified by the UP Academic Senate at its meeting.

The UP Academic Senate will meet to discuss an updated proposal for a decision, which at the last Senate meeting I withdrew in an attempt to allow finishing working on ideas which would further push this decision into the greatest possible compromise. As I found out, the people capable of compromise are rather those who are using the concerned equipment and premises, those who are impacted directly. I would like to thank them all for their understanding, attitude, and willingness. The greatest level of agreement has been reached at CRH, regarding the use of buildings F2, H1, and the RD2 greenhouse.

At part of RCPTM, specifically at building G, unfortunately only a partial agreement was possible. Regarding the fact that to date the use of many devices has not been agreed upon in writing by both parties, not even partially, the submitted proposal counts on their being transferred to the administration of the Rector’s Office, i.e. onto “neutral territory”. It is necessary to state that an accredited workplace in dispute, “R-LAB”, will remain under the full authority of the Faculty of Science. We have reached agreements on a room exchange whereby the workplace of both parties was combined. An agreement has also been reached on the doctoral students’ room.

Not yet agreed upon are three rooms which are connected with the X-ray photon spectroscopy equipment. For this reason, the affected rooms are being used in tandem. Regarding other equipment, especially that which forms the greater research infrastructure, according to the proposal all the equipment in question would be transferred into the temporary management of the Rector’s Office, so that access in equal portions would be guaranteed to both parties.

Dear colleagues, I want to assure you all that I continue to search for ways of compromise and an amicable solution between the dean of the Faculty of Science and the director of the university institute. I’m saddened that I have not been very successful in this regard to date.

I would also like to assure you that my promise still holds, that if the UP Academic Senate supports my proposal, it will lead to a temporary solution. It will be one to be replaced by another at a time when both parties agree, or by a subsequent agreement which will reflect the attempt and will to reach further compromises.

I believe that the entire procedure described above is in the interest of the university and in compliance with my responsibility, as the highest representative of the institution, to act – and not merely observe. My goal is to reach a situation when we will all be able to devote much more time and energy to the further development of our university and resolve the other weighty problems which it faces at present. My wish is that any disagreements between ourselves in the future will not grow into permanent conflicts, and that we will manage to resolve them humanely and professionally.

I would like to thank all of you who are trying to constructively resolve the situation on the operations of the CATRIN university institute. I have prepared this proposal, upon the request of the UP Academic Senate, with the attempt that all employees can better carry out their work. At the same time, as rector and a university teacher, I do not want to cause any disturbance in the teaching of pre-graduate and doctoral studies. My wish is that all of us at our alma mater will have good, secure work and study conditions, that our work will be enjoyable and meaningful. I believe that this is not a mission impossible.