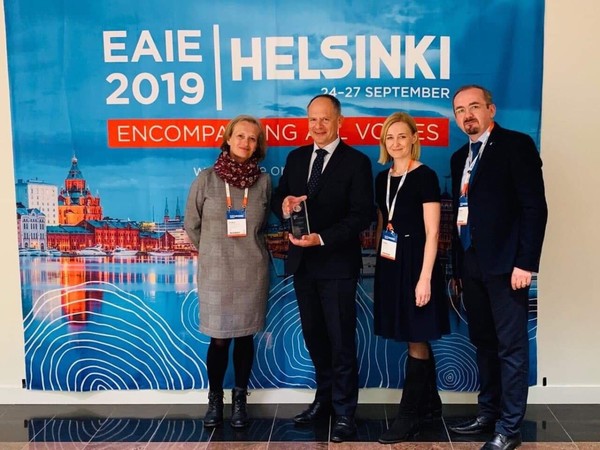 For excellence in internationalisation, Palacký University received the prestigious 2019 EAIE Institutional Award, granted by the European Association for International Education. The award was received at the conference in Helsinki by Rector Jaroslav Miller and Vice-Rector Martin Kudláček.

“It has been the teamwork of all our colleagues at the university for the past five years. I thank everyone for their work. The award is proof that our efforts are deeply meaningful,” said Rector Jaroslav Miller.

The European Association for International Education (EAIE) selects the university with the best internationalisation strategy and results once a year. The prize can be awarded to any European university.

“The award celebrates higher education institutions that have shown excellent results in internationalisation. The association acknowledges successfully developed and implemented internationalisation strategies and activities that include, reflect, or promote three or more EAIE values. These include collaboration, inspiration, inclusiveness, and excellence. As the prize is awarded once a year, we can say that we are the best in Europe in 2019,” said Martin Kudláček, Vice-Rector for International Relations, who received the prize together with Palacký University Rector Jaroslav Miller last week at Europe’s largest international higher education conference in Helsinki. 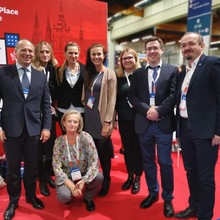 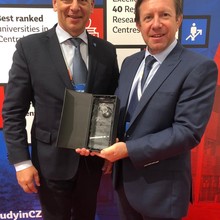 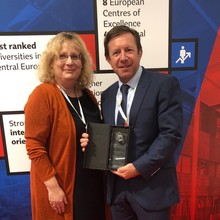 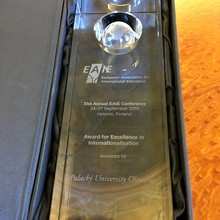