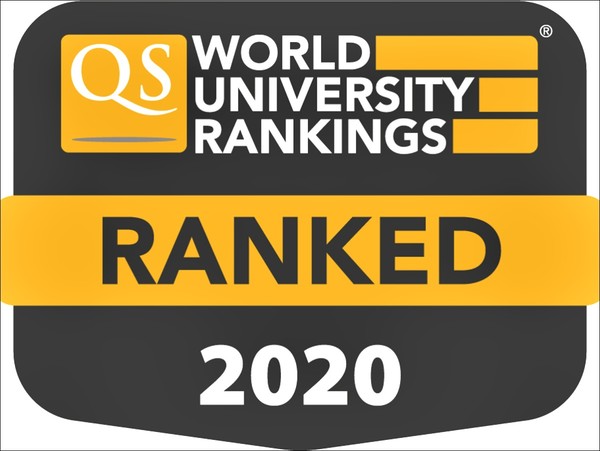 Palacký University Olomouc has been included in the international QS World University Ranking for the fourth time. In the 16th year of the rankings, UP placed between the 601st and 650th position, achieving its best result so far. The Czech Republic is represented in the rankings by nine universities; seven of them are in the top 800. The best Czech school is Charles University in Prague (291st place). The rankings include 1000 universities from 82 countries.

Palacký University appeared for the first time in the prestigious rankings in the 2017 edition within the 651st to 700th positions. It occupied the same place last year, however its position has improved.

“I am very pleased for having stepped up again in such prestigious rankings. The results have once again confirmed that Palacký University is still among the five most successful universities in the country and that the gradual adjustment of the system of assessment at our university, which allows to analyse in detail the individual performance indicators of our activity, has brought visible results. At the same this score has been proof of the tireless and diligent work of our academic and non-academic workers, to whom we owe our thanks,” said Rector Jaroslav Miller.

QS World University Rankings evaluate universities according to six metrics. The assessed areas include the global reputation among academics and employers, the number of published academic citations per faculty member, the student-to-faculty ratio, the international faculty ratio, and the international student ratio. In the criterion of Proportion of International Faculty, Olomouc’s university is number one in Czechia. In comparison to the previous year, it has also improved in the indicators of Faculty/Student Ratio (78 positions) and International Students Ratio.

“During the last year, in order to further develop the system of quality assessment, we have introduced systemic international and national benchmarking, which helps us find out in which factors influencing our performance and quality in all activities our university still has reserves in comparison with the international ones, and which areas require systemic work to enable us to enhance our performance. That has been shown for example in the improved parameters of regional collaboration, collaboration with international and national partners, and in a proposal for improving performance indicators in the educational and creative activities of academic employees. We expect that the results of these analyses will become evident in the coming years, and Palacký University Olomouc will thus maintain its positions in international rankings,” said Hana Marešová, Vice-Rector for Strategic Planning and Quality Control.